I want to thank you all for your comments following the article in the NRC (“Business roll-out – That’s my way of grieving”) on Saturday, December 28, 2013.

The number of responses that were received (via the website, by mail, by telephone and channels like Facebook, LinkedIn, Google+, and Twitter) and still is coming in, is overwhelming and it does not stop which is great.

Following the article in NRC ( a major Dutch newspaper ), many responded who wanted to become Board Member, many wanted to make contributions to workshops and many offered locations, One of the most important group of responses in my point of view, are those who want to join one of our workshops.

Personally, I find this to be heart-warming, I thank you all.

At the moment I’m selecting the Foundation’s Board Members. That sounds simple, but it certainly is not. If it were up to me, the full Board is installed February 1, but you never know. The selection of the Board members is not only based on knowledge and experience, but also includes inter relationships of the team and mutual cohesion. Good governance is important and will take time to think about, but that is also likely to apply to the people themselves who will join the Board.

During the week of January 13, 2014 I’m going to focus on the group who have indicated that they want to cooperate. I look forward to get in touch with them in the near future.

Several locations have been notified or offered, some of which are quite special and some were even outside The Netherlands. This category creates possibilities to combine workshops with a short holiday or other activities. By the end of the month I’ll contact those who are involved.

Requests have been made to participate (possibly) in the workshops. However, before the first workshop program and its location is released by me, those who want to participate will be contacted first. You need to realize that the participants are fairly distributed across the country and it’s up to us to find locations so that any travel arrangement is doable for the participants.

This group confirms to me that the vision of the Foundation appeals to people. Of course there are fortunately critical questions. Yes, you read it right … fortunately … because precisely these questions keep me sharp, may give new perspectives and may even lead to new approaches in the field of bereavement. Until now, it was found that the Foundation’s vision and approach is correct. Yet there will certainly be times in the future where changes in our vision and approach need to be made. That is not bad, on the contrary, it means that the Foundation is alive.

That’s it so far. At the end of each month I publish a sequel.

If you have any questions you can reach me (website, email, mail and phone).

Every week Gijsbert van Es publishes in The NRC, a major national newspaper in The Netherlands, an article titled “Het Nabestaan” which has no simple transalation in the English language. His articles are not so much about the emotional stages that every person goes through after an intense loss (such as denial, sometimes relief, depression, acceptance) but he outlines what we did to start “enjoying life” again.

The interview with me was published December 28, 2013. Although I am sharing this interview with you, I do realise that it’s published in the Dutch language. You can read it here or by clicking the image below. 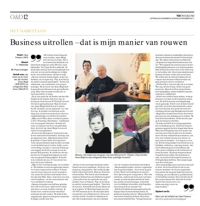 It is inevitable, everything changes.

In 2009 I walked from the South of France to Santiago de Compostela in Spain, known as “Camino de Santiago”. A journey of 900 km. One of the things that hit me was while walking the color of the earth changed under my feet from color to color. From red to brown, to grey, to yellow and to all shades in between. The surroundings changed, one moment I walked between the vines, the other along wheat fields and then all of a sudden thru a small authentic village or an industrial area of a big city. Even if I sat quietly everything was changing; the sunlight, the wind, passers-by, thoughts, nothing remained the same.

It is inevitable, everything changes.

I never forgot those words, and when if I feel myself a bit down or sad then I remember those words again and they give me comfort and confidence. It does not remains this way they say to me, there will be better times.

In the beginning of my mourning it seemed as if I was walking in the mountains, one moment I was sitting in the Valley and the next I was sitting on the top. I felt myself like an injured animal.

Nothing remains, the valleys became less deep and the peaks less high. Now I walk in the Sun through a beautiful rolling landscape. And when it’s raining sometimes then that’s OK with me because I do know that the Sun is shining again the next day.

Nothing remains, everything passes away.

As is with your mourning.
[signoff] 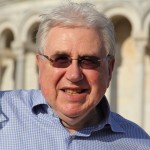 Things can happen to people in life e.g. the death of a next of kin, a child, a divorce, a terminal decease, the loss of a job.

The Foundation will try to satisfy these objectives by:

When exercising its activities and pursuing its objectives The Foundation should have a non-profit-making aim.

Those who can and are willing to apply may do so by filling in the form at “Are You Interested?“. Please motivate why you are suitable in terms of knowledge and experience to serve on the Board. Upon receipt, we will contact you in which we also indicate how you can email your CV to us.