Each of us experiences bereavement differently. For all of us the way we deal with bereavement is unique. And what’s more when you lose a child in my opinion you also lose a part of your future.

In my previous blog I described the closure of my bereavement regarding my wife’s death. In responses to the blog a valid question was raised: “And what about your daughter?”

Yes… what about my daughter?

Right now, I’m not sad about my daughter’s death in 2000. Yes, you’ll be thinking, at the time of writing it’s been 17 years ago. That’s a long time, hence it’s not surprising you’re not sad anymore about her death.

You may think this is bizarre… but, that I’m not sad about her death today is not because it’s a long ago. And yes, time doesn’t heal all wounds and certainly not this one. However, it’s not the time that passed… from my point of view it’s something completely different. 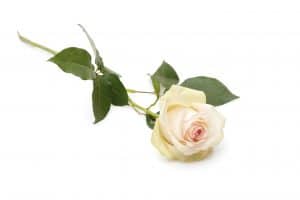 In my opinion, it’s because we knew from the day one that she wouldn’t live long. The pediatrician advised us not to mail her birth announcements. We did this anyway, she was born… so, it should be possible for her to live. During her life though, we regularly wondered if she would be able to celebrate her next birthday. In the end, she reached an age of over 21 years which is, although far too short to us, a respectable age for a person having Cystic Fibrosis. Our daughter knew and understood when she was eight years young that she wouldn’t live long. She made the decision to get everything out of her live that was humanly possible. And from my point of view, she succeeded absolutely.

Shortly before her death, our daughter told us that she would be very pleased when she finally could go Home. And we, although we would miss her a lot… we were happy for her too. Yes, it feels ambivalent… and it does. Certainly, for a stranger who doesn’t know or doesn’t understand our family.

Do I miss her? Yes and no! Yes, she’s no longer physically present and I’m not able to give her a hug anymore… like I used to do. And no, because I can often feel her presence and, one way or the other she writes sometimes a blog by using me, or we write a blog together.

For that reason alone, the closure of my grief due to her death is quite some time ago now. But sometimes… when I meet one of her friends… it’s tough again.

When I re-read the above, I understand why Irene, the author who responded to the Dutch version of my previous blog, feels the loss of her deceased son differently. He died unexpectedly. For that reason alone, her bereavement is different.

In my opinion, grief and the processing of grief is strongly dependent on how your dear one deceased. Was it suddenly or unexpected or, were you able to prepare for this over the years? Were you there during the death of your dear one, or were you told that the other died? Was the process of dying of your dear one a calm one… or, not? All these factors, and probably many more, influence how you experience your bereavement and how you deal with it.

Each of us experiences bereavement differently. For all of us the way we deal with bereavement is unique. And what’s more when you lose a child in my opinion you also lose a part of your future.