Roundabout of choices. You keep making choices that lead to similar consequences as from choices you made previously. You promised yourself never to do that again, and still you did.

In our daily life we consciously and unconsciously make many choices. With one choice it is crystal clear for you to choose, with the other choice the options are not so clear, let alone that you can see the consequences of your choice. You never get full assurance for making your choice. As soon as you have made the first steps after your choice, everything will change as things that were previously hidden for you now become visible. In short, it makes no sense to reason (in detail) what choice you should make… but trust your feelings.

If you don’t make a choice, you literally stand still, and you won’t continue on your life’s path. But, make sure you don’t get on a roundabout of choices.

Each time you make the same choice of which you promised yourself never to make it again, then your life’s path run along a roundabout; the roundabout of choices. Even though the players you meet may change over time when you walk along your roundabout of choices, it remains a repetition of moves and decisions. You won’t proceed in life in my opinion because you didn’t learn obviously from previous lessons.

Below some examples. Many examples could be added to the list. What matters though is that you keep making choices that have the same kind of outcome or consequences… you promised to yourself not to make these choices again… and, still you did.

An example: Your partner abuses you

Consider for example of a situation where your partner abuses you, or bullies, deceives, neglects or just ignores you. You may not have experienced that in the beginning of your relationship. Later, when you became aware of the situation you were in, you still loved your partner deeply despite his or her behaviour. You didn’t want to admit at first and eventually, perhaps even after long deliberation, you decided to end the relation. And when you settled down again you thought at yourself: “Never again!”

Eventually you met someone again with whom you decided to enter a new relationship. Later, you discovered that this new partner behaved the same way as your ex-partner. “Not again!” you thought. However, your friends saw it happening again from the beginning of your new relationship and were thinking: “How is it possible that you didn’t learn from that hard lesson the last time?” At that moment you returned to the same point on the roundabout of choices where you were last time.

An example: After a break, you choose the same partner each time

The same applies to people who after a broken relationship still choose the same partner again and … sometimes keep choosing … despite the previously broken relationship (s) and the ensuing frustrations and grief. We may think at the next choice … that we did learn from our mistakes and that this time we will make the right choice. And yet others, who know you well … find that you again have again chosen a partner who is addicted to alcohol and / or drugs or threatens or abuses you. You made the same choice as before in your life when you had promised yourself that you would never make such a choice again.

That lousy or bad situation does not necessarily have to deal with a partner. I could also be about completely different things: like your financial decisions or changing jobs every time because the last job didn’t meet your expectations again.

How to proceed from here

Get off that roundabout of choices

Once you step on that new path, that path that takes you away from that roundabout of choices, don’t look back but forward to where that path goes. Leave the past for what it is. The past cannot be changed anyway. You can only make choices that concern the future, your future.

In my opinion, every person has a purpose in life. However, that goal is not important… what is important is the path you followed to achieve your goal and in particularly the lessons you learned on that path. To reach your goal you’ll have to make choices to move forward in life. What those choices are? That’s not for me. That’s up to you! You are responsible for the choices you make in your life. It also means that you must accept the consequences of a choice made… after all it’s your choice.

It amazes me time and time again is that you unwind once you’ve made your choice. You’ve put a step forward. And whatever the situation was where you’re coming from… or maybe even still is… you’ve put a step… a step forward. And with that you opened new opportunities to move forward in life. Make sure you make use of what you discover… see… get… receive… and feel. Exploit it fully! Get all out of it! At a certain point in time you may discover that you’ve learned new things… something that you never would’ve chosen otherwise … something is a revelation to you… where you become a happy person!

Letting go doesn’t go without saying; it’s hard work. As I look back to those moments where I could let go, not only a concept as acceptance comes to my mind, but also trust. 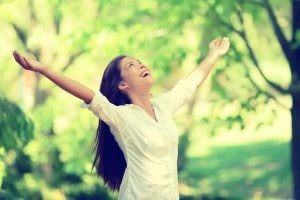 Letting go has often to do with relationships. Not only that, also with the acceptance that you can’t do a number things anymore (for instance the loss of work, the loss of health or the loss of financial security).

In the search of who I am I’ve discovered important types of letting go that are related to how to deal with “mandatory” norms and standards from home, from school or from work, while these actually didn’t fit with me at all. Statements such as “that’s not done”, “that’s the way it’s done” or “no matter what, you have to do it.” In this way you wander away from your unique self and also from your path of life. The result is that you aren’t learning the lessons in life you should learn. The results could also be that you’re going to suffer the consequences later in your life by not being able to function properly anymore, or even worse, by getting sick.

Another form of letting go in stranding relationships you might recognize by the use of phrases like “I always must think of …” or, “I just can’t let it…” or, “I’ve had it with…” or, “that person still keeps contacting or stalking me all the time…” Use your own imagination to fill in the dots (…). One way or the other those phrases indicate that there exist a relationship and a problem (you might not even be aware of) between you and the other person. When you are using such sentences regularly and you are not addressing the topic, it can go from bad to worse. In the end the situation can become “explosive.” Of course the question remains whether it’s only you who is thinking along those lines; it just could be the case that the other one has a total different view. Anyway, it is important that you listen to your inner voice.

We all walk on a path of life that is unique for each of us. Life paths cross where people meet, for example passing each other on the street. At those moments you may greet each other, or not, but either way each continues on his or her own path without having emotions like sadness or grief as a result of this. You may even shake hands when you meet each other but, when you let go there is no (emotional) connection anymore. Or paths of life run parallel when we stay longer together or, even raise a family. Only when an emotional relationship exists between the two of you letting go can become an important factor in the equation.

Letting go can have different meanings. You can hold each other physically but, you can also hold each other mentally. In particular where relations are breaking up letting go can become an issue. Not only with relations but also when you change a job, or with re-organizations or, starting to live in another country or even after the death of a dear one. In this respect also words as homesick, loss or grief can be used. In any case, letting go plays an important role when changes take place and people find it difficult to accept these.

With relations it’s like each of you is connected with your own cord to the other. Only when each of you lets go the other’s cords then both of you can continue on your own path of life. When you don’t do that in the worst case you end up somewhere between both paths of life and, you are not able to learn the life’s lessons you should learn of you are pursuing. In the best case only one of you is doing so. Hence, for that reason alone letting go is very important.

Letting go also frees the mind and creates space in your feeling. Not only space, also air, light and happiness. You start to feel different, closer to your inner self. People around you can see it, can feel it. You can also feel this yourself. The light around you seems more beautiful. It feels like a liberation.

It might be clear to you, letting go doesn’t go without saying; it’s hard work. As I look back to those moments where I could let go, not only a concept as acceptance comes to my mind, but also trust.